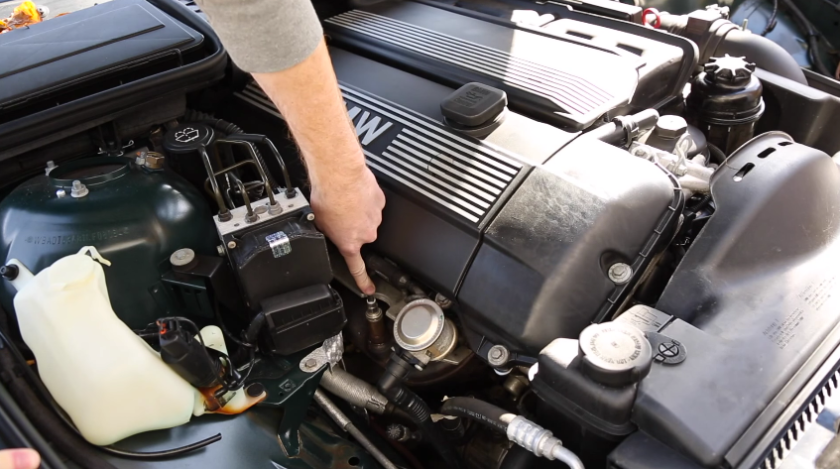 Some of the best upgrades you can make to maximize the fuel economy of your BMW include: replacing the spark plugs, keeping correct tire pressures, and replacing old oxygen sensors. The oxygen sensors before the catalytic converters – located in the exhaust manifolds – play a large part in controlling the fuel mixture for the engine. When they have high mileage or have failed they no longer send a clear signal to the engine’s computer, at which point the computer defaults to a base line map designed to protect the engine. This default map is a rich fuel mixture (extra fuel) which causes sluggish performance and decreased fuel economy.

The funny thing about these oxygen sensors is that even when they suffer from degraded performance, they often do not cause a service engine light to come on in the car. If you have a good scan tool like this one, you can read the live stream data of various components in the car, including the oxygen sensor performance. This is a good way to read if the numbers are at the limit of their normal range (indicating poor performance).

I recently replaced both of my pre-cat oxygen sensors with factory Bosch oxygen sensors, and the total installation takes about twenty minutes. I’ve uploaded a tutorial video below to show you how to remove and replace those sensors. After replacing my original sensors with over 100,000 miles I saw an increase of about 2 MPG on my 530i. Not a bad upgrade for under $100!